“All gave some. Some gave all.”

We’ve heard this saying so often it is in danger of becoming trite. Veterans’ Day is a time to peel back the timeworn familiarity and remember the hard reality behind the adage, the cost of our freedom: Lives lost. Wounded survivors. Struggling families.

In honor of those who died in the cause of freedom, in support of those who returned from combat with wounds both visible and invisible, and their families:

I will donate 50% of all net proceeds from the November royalties of Seeds of Enmity to two organizations that support our veterans and service men and women: the Gary Sinise Foundation; and Team Rubicon USA, an organization of military veterans who provide first-responder relief to victims of disaster.* (Team Rubicon seems to fly under the radar. It’s my sister-the-retired-naval-officer’s favorite charity, or I never would’ve known about it.)

From November 8th-15th, Seeds of Enmity will be on sale at Amazon.com for just $0.99 and is also available for free on KindleUnlimited. I 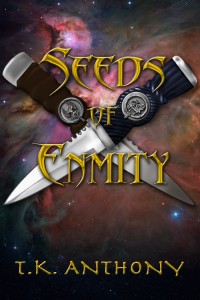 hope you’ll join me in supporting our veterans and their families. Buy my book. Make your own direct contribution. Do both! I like the way Gary Sinise puts it: “While we can never do enough to show gratitude to our nation’s defenders, we can always do a little more.”

Here’s Crosby, Stills, Nash, and Young’s classic anthem of the one truth that resonated across the “hawk/dove” divide of the Viet Nam war: “Find the Cost of Freedom.”

Happy Veterans’ Day. And to all the men and women who gave some, and those who gave all: Thank you.

*Here’s how this works: Seeds of Enmity is only available through Amazon’s Kindle Direct Publishing service. This means I get an exact accounting of how many sales I make in November, and the associated royalties. Subtract the minimal cost of producing the book from the royalties, and I’ll split the profits with these two groups. Thanks for your support!

Please note…just because I picked these two organizations doesn’t imply they’ve ever heard of me, or particularly like my books. It’d be great if they did, but their service to vets is more important than their opinion of my writing.

Most of the time, Memorial Day makes me think of the countless men and women who have given their lives in defense of freedom.

Today, I found myself thinking of two men I never knew.

My Uncle Charlie was my Dad’s next youngest brother. He served as a paratrooper in WWII, in “The Big Red One”–something I didn’t know until just a few years ago. Dad told other Uncle Charlie stories. He had really bad allergies. He sent more than his paycheck home to Grandmom & Grandpop, because he consistently won at poker. (My brother John and sister Kath inherited his gift for card playing.) In a cruel twist of fate, Uncle Charlie died in Europe, run over by a Jeep, after peace had been declared. Grandmom thought all four of her older boys, all of them in service, would return home to her, until the telegram came that brought her to her knees, sobbing in grief.

My mom had never met her Australian first cousin, William Stanley Brennan, until he stopped to visit his American kin in Pennsylvania on his way to England via Canada. From the way she talked about him, I think she had a case of instant hero worship. Stan had volunteered for the Royal Air Force. My sister MaryBeth, in doing some family research, discovered he was killed in action less than four months later.

These are only two of the stories that put faces and names to the men and women we remember today. When we remember all those who have fallen, let us remember that every one of them had a story: a face, a name, a family, hopes and fears and dreams….

Let us not only honor all of them. Let us honor every single one of them.